The farm’s self-propelled Bandit Beast wood chipping machine weighs 32 tons and has a 440 horsepower engine. Thanks to its steel track undercarriage it can be used on almost any terrain. It is able to process 60 to 120 cubic metres material per hour depending on the nature of the material. It is used on the farm to chip woody invaders which are then used as soil cover and to make compost. Where the invaders are eradicated, the natural vegetation recovers quickly to the typical savannah and the carrying capacity of the veld is increased.

The chipper is rented out to other farms to chip material such as mechanically pruned branches. It is also used to chip trees were old orchards are uprooted.

The advantage of the chipped plant material as soil cover is that it limits soil erosion, it creates a micro climate where soil moisture is conserved and a more moderate soil temperature is maintained, stimulating the growth of microbes. 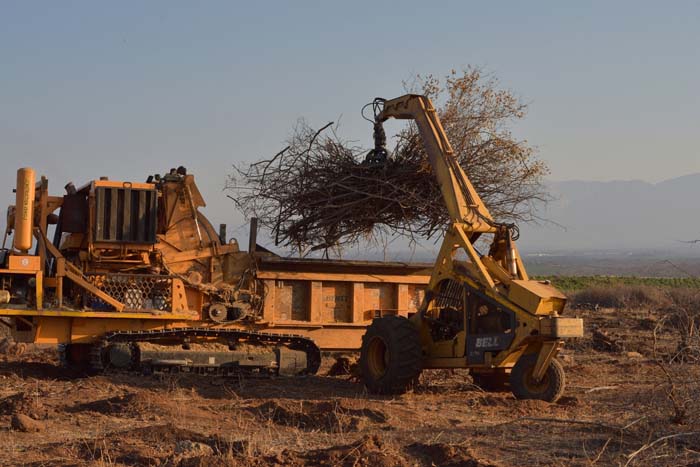 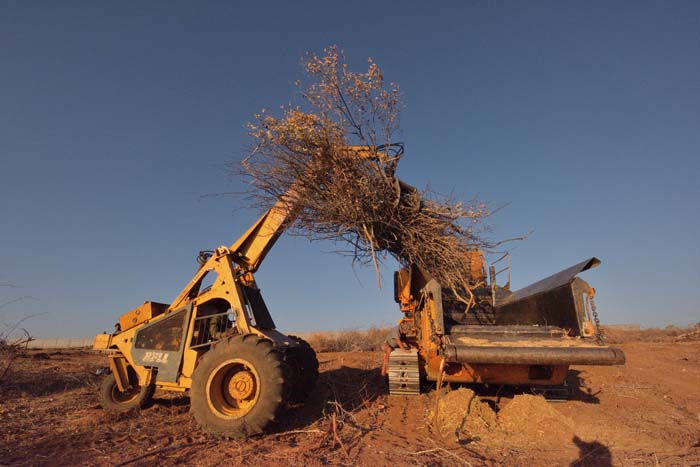 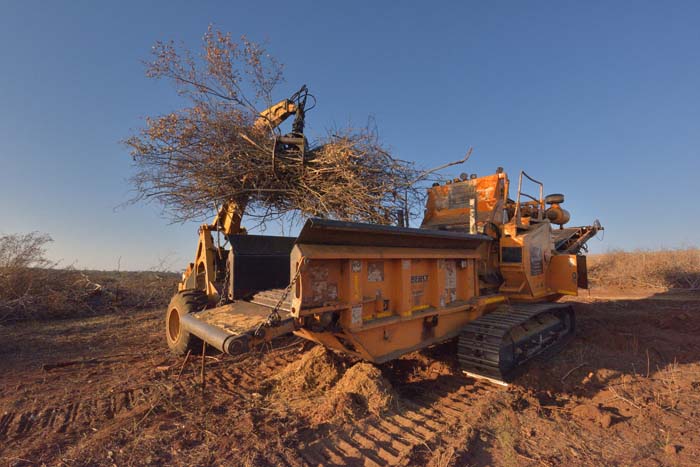